Filemo makes it possible to access files backed up using Arq by integrating them into the native iOS Files app. It accesses the encrypted backup data by using an open source server component and decrypts the files locally on your device. The server component can be run on a free Heroku instance or hosted on your own server. Currently backups using direct file access (SFTP) or S3 (Amazon, Wasabi) are supported. 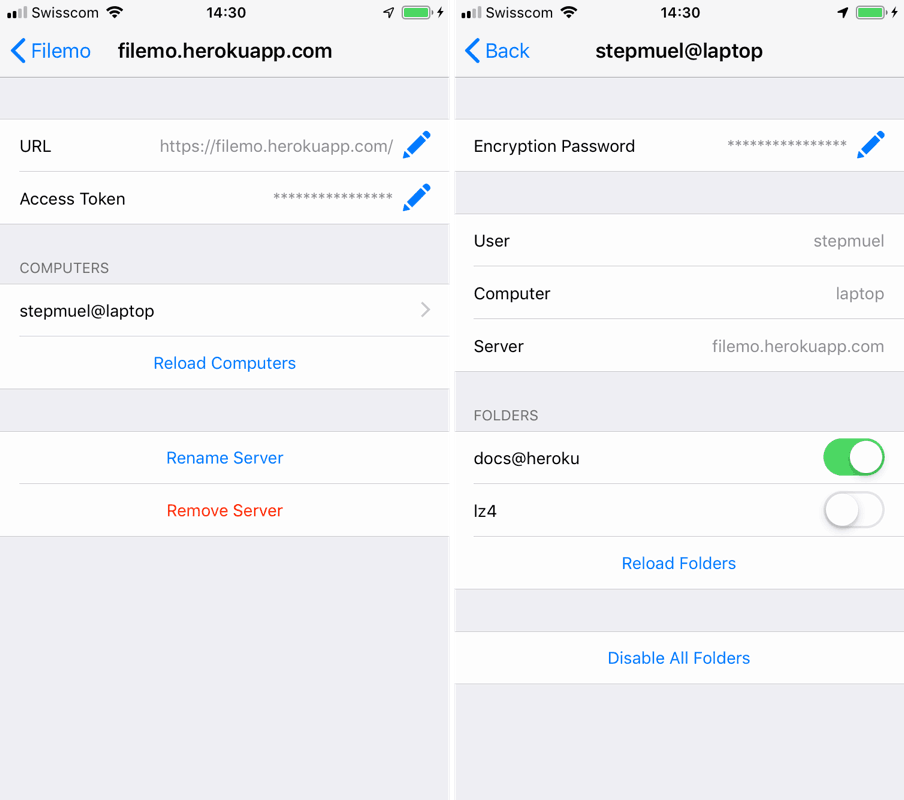 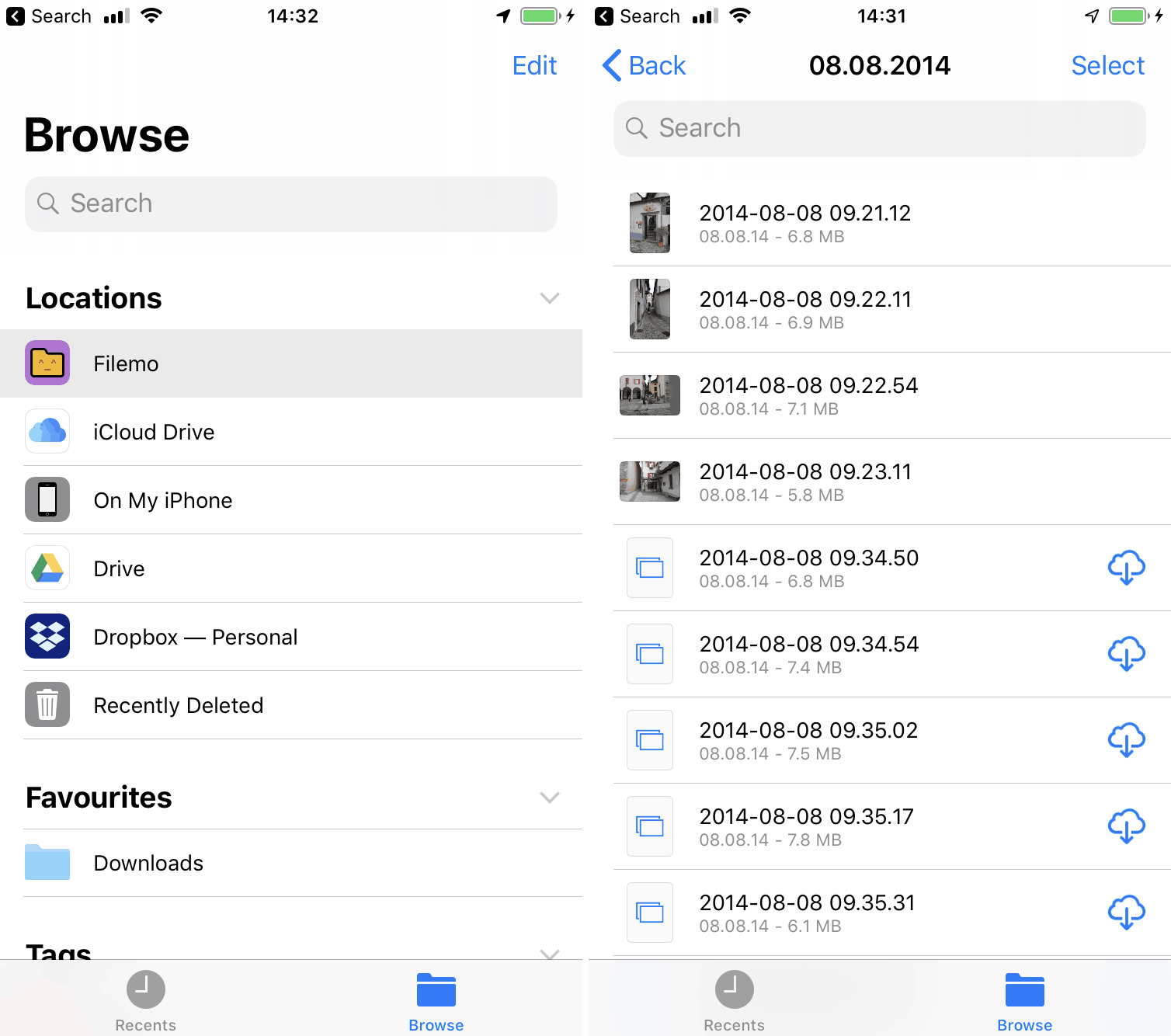 To add a new Arq backup folder to Filemo, perform the following steps:

The encryption password is safely stored in the iOS Keychain like any other login information in your iOS device. It is also not synced among devices and Filemo never reveals the password in cleartext. The password is never sent over the network and is just used to decrypt data locally on the device.

However, be aware that once Filemo is connected to a backup, its content can be browsed with the Files app or any app that supports the iOS Document Browser. Handing someone your unlocked iOS device to someone becomes comparable to letting someone access your computer. Special caution is recommended in case the backups contain private keys for certificates or remote access.

The encryption password can be removed from the Keychain by changing it to an empty string (no password) in the app. After that, already accessed files might still reside unencrypted in the local cache. To purge the cache, tap the “Purge Cache” button or remove the server using the Filemo app.

Why Is There a Subscription?

Filemo is a side project I am working on in my free time. The main reason I am charging money for it is to see whether people are using it. Keeping up with adding additional technologies and mitigating potential future protocol changes takes time, and I want to know if it is worth doing.

The free version allows you to test whether Filemo works with your setup before spending any money. Also, I was able to price the subscription version much lower since it doesn’t have to include further development efforts.

What Versions of Arq Are Supported?

Filemo currently only works with backups created with Arq 5. Older versions might work, but are not tested. I will evaluate adding support for the recently released Arq 6 once its new backup format documentation is published.